Latin American women are making great strides. The culture is not keeping up

Good taste is not how tabloids sell copies in any country, but it is hard to imagine a British red top describing a female politician quite so crudely. The treatment of Ms Fernández in Noticias points to a Latin American paradox. Women have made great progress towards equality with men, especially in schools, workplaces and politics. But social attitudes have changed more slowly. Women's ambitions are often belittled; hostility towards them is common. Raw statistics tell a story of female advancement; machista culture has yet to catch up.

In the past quarter-century, the proportion of women in the workforce has risen more in Latin America than in any other region. True, they typically hold jobs that require little skill and pay low salaries: domestic work is the largest source of female employment. But women now spend more years in school than men, which suggests that their prospects will improve. A handful have climbed to the top of the corporate ladder. Women lead Rede Energia, one of Brazil's biggest electricity companies, and B2W, its biggest online retailer. Isela Costantini runs General Motors' operations in Argentina, Uruguay and Paraguay. 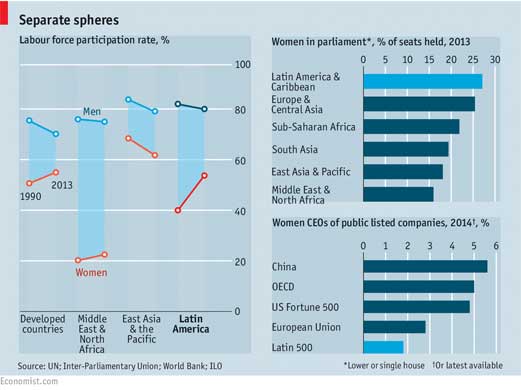 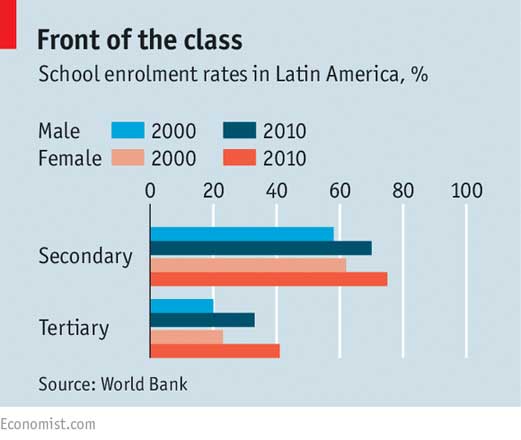